The concept of Supply & Demand is a simple one. The best time to sell something is when the supply of that item is low & the demand for that item is high!
Anything under a 6-month supply is a Seller’s Market!
There has not been a 6-months inventory supply since August 2012!
Buyer Demand continues to outpace Seller Supply! ...

Higher Fed Rate is Around the Corner


Positive employment picture likely means March hike
With ADP and the U.S. jobs report showing big job gains in February, the stage is likely set for an interest rate hike at the March 14 – 15 policy meeting. On Wednesday, ADP’s employment report claimed that businesses added 298,000 new jobs last month. Two days later, the Department of Labor cited a 235,000 increase to nonfarm payrolls. This number was bolstered by the largest jump in a decade for the construction sector, which is currently running hot due to unseasonably warm weather.
Overall, both reports were in line with what the markets have seen over the past several months. Despite the positive numbers—except for hourly earnings, which were sluggish at only .2 percent growth—the report fell short of delivering the blockbuster job report many were expecting, which could have potentially driven rates to much higher levels. While markets have been re ...

Our 2017 Economic Outlook: A Paradigm Shift in the Making

Our 2017 Economic Outlook: A Paradigm Shift in the Making
By Scott S. Eggen
Executive Vice President – Director of Capital Markets
PrimeLending, a PlainsCapital Company
We are more than halfway through the first quarter of 2017, and we are still holding our breath to see how President Trump’s proposed policies will impact the U.S. economy. There is much to feel optimistic about, especially a renewed commitment to stimulate the economy through tax reform, infrastructure investment and regulatory relief. But these policies will take some time to enact and show results. In the meantime, it’s smart to stay alert and vigilant – much about 2017 feels like uncharted waters.
Here are some of the key indicators and trends we at PrimeLending are monitoring closely:
·         Experts predict GDP (Gross Domestic Product) will continue a modest increase in 2017. Strengthening consumer spending, spurred by steady wage anr ...

As you will see with the attached, Home Sales for the month of January started on the slow side with  a -7.4% drop in the number of homes sold. As we have mentioned, this will be all homes, single family, townhomes, condos and manufactured homes.
Home prices climbed slightly, with the Average rising 2.16%, and Median rising 4.35%.
For Single Family Homes
We sold -18% fewer homes in January compared to January 2016, Average prices climbed to $419,654 compared to the prior year of $415,527. Median prices rose 12% to $375,000.
What is Median Price?
Definition. Median means "in the middle". So, with regard to SOLD Price, this means exactly half of homes sold are above this price and exactly half are below.

Do You Know the Real Cost of Renting vs. Buying?

Historically, the choice between renting or buying a home has been a close decision.

Every market is different. Before you renew your lease again, find out if you could use your housing costs to own a home of your own! ... 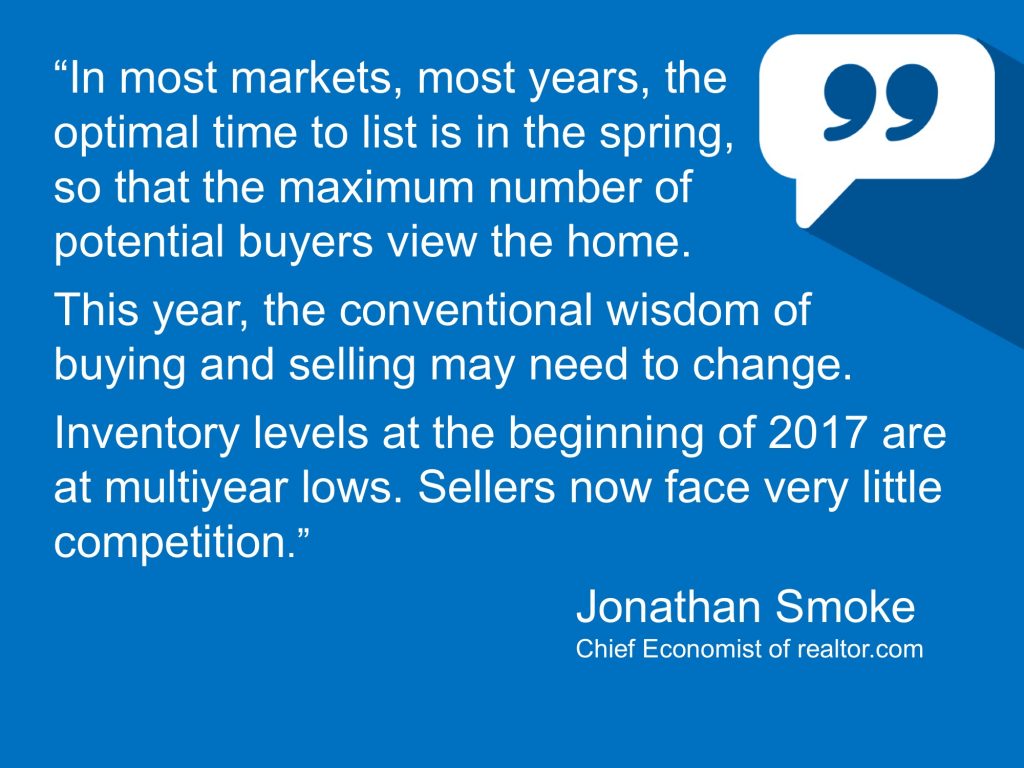 February 22, 2017
2017 Home Sales Start a little Slow, Why? February 20, 2017
Do You Know the Real Cost of Renting vs. Buying?
© 2023 Northern Arizona Multiple Listing Service, Inc. All rights reserved. The data relating to real estate for sale on this web site comes in part from the Broker ReciprocitySM Program of the Northern Arizona Multiple Listing Service, Inc. Real estate listings held by brokerage firms other than Julie Sansone - Realty Executives are marked with the Broker Reciprocity logo or the Broker Reciprocity thumbnail logo (a little house) and detailed information about them includes the name of the listing brokers. The broker providing these data believes them to be correct, but advises interested parties to confirm them before relying on them in a purchase decision. Some properties which appear for sale on this web site may subsequently have sold and may no longer be available. February 7, 2023

To continue searching, you must agree to the Terms of Use.

For the best experience, please provide your cell phone number and select accept below to opt-in to our Terms & Conditions and Privacy Policy to begin receiving text and voice communications.

or make a new notebook

Verify the value of your home,
maximize your investment and see local market activity.

We just need your phone number to finish creating your account.